Sivers IMA launches, in conjunction with the European Microwave Week in London, a fully integrated V-band transceiver RFIC. The difference between this transceiver and previous generations from Sivers IMA is that all parts are made of Silicon-Germanium. The circuit includes a complete millimeter wave transceiver (transmitter and receiver), digital control, signal source and a complete analog baseband. 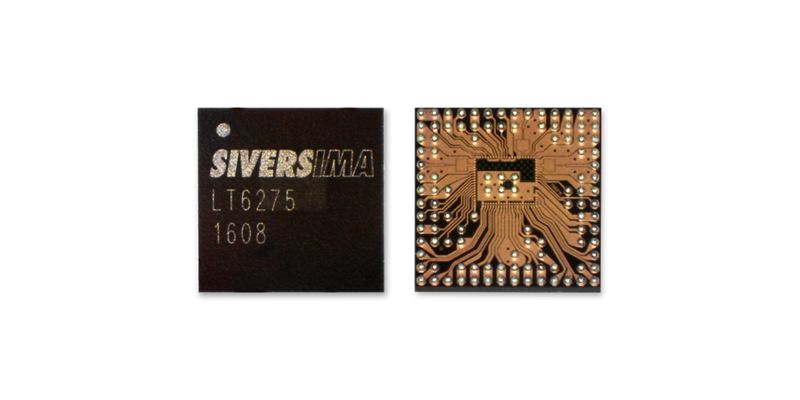 “It is with great pleasure Sivers IMA now can launch a fully integrated RFIC in Silicon-Germanium. On top of this, we are proud to announce that we are the first in the world to include coverage of the new FCC V-band frequencies 64-71 GHz, which was recently made available in the United States. I am excited to see how this new circuit will be received by the market. Having the full transceiver in Silicon-Germanium for V-band, provides a fundamental platform, including the relevant building blocks, for our ongoing development of the WiGig RFIC, that will be released to the market in 2017 ” says Anders Storm, CEO of Sivers IMA.

The transceiver is packaged in a eWLB capsule for easy surface mounting on printed circuit boards and only measures 7x7mm. Since all parts are developed in Silicon-Germanium technology, the cost of the transceiver can be kept low and Sivers IMA will be able to offer products with very good price performance to manufacturers of point-to-point links. In the final version, this circuit will cover the entire V-Band in US, covering from 57 GHz to 71 GHz. Prototypes of the circuit will be available to key customers in Q1 2017.